7 best places to visit in LUXEMBOURG

But when it comes to size, Luxembourg isn’t exactly known for being large. In fact, it’s one of Europe’s smallest countries.

But size doesn’t matter. Especially when Luxembourg is one of the most charming places in Europe.

The country offers a lot to its visitors. Towns rich in culture and history, beautiful nature, grand castles, numerous hiking and biking paths — all of this awaits you in Luxembourg. Sounds nice?

But what exactly to see in Luxembourg?

To help you with the task of planning we’ve created this list of some of the best places to visit in Luxembourg.

7 best places to visit in Luxembourg 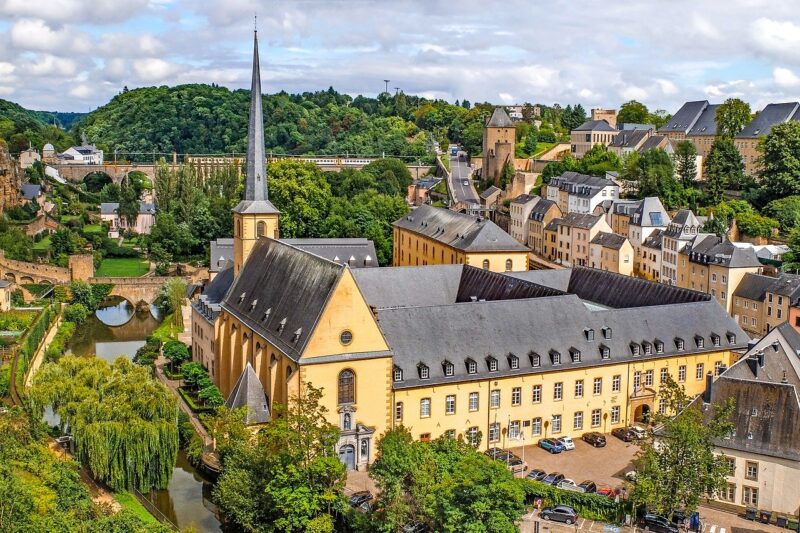 Ville Haute is home to spectacular landmarks such as the world’s longest casemates — Bock Casemates.

Luxembourg’s old town and its fortifications have been recognised by UNESCO.

Going on a self-guided tour is one of the best things to do in Ville Haute, especially if you don’t have much time.

Wenzel Circular Walk is the most popular self-guided walk in the old part of the city. It starts at Luxembourg City Tourist Office where you can get a free map and information booklet.

Wenzel Circular Walk showcases some of the oldest and most prominent landmarks of the old town.

The walk takes 2 to 3 hours and offers some great viewpoints.

Another great option is the UNESCO walk. You can see the map on The Official Travel Guide of Luxembourg. 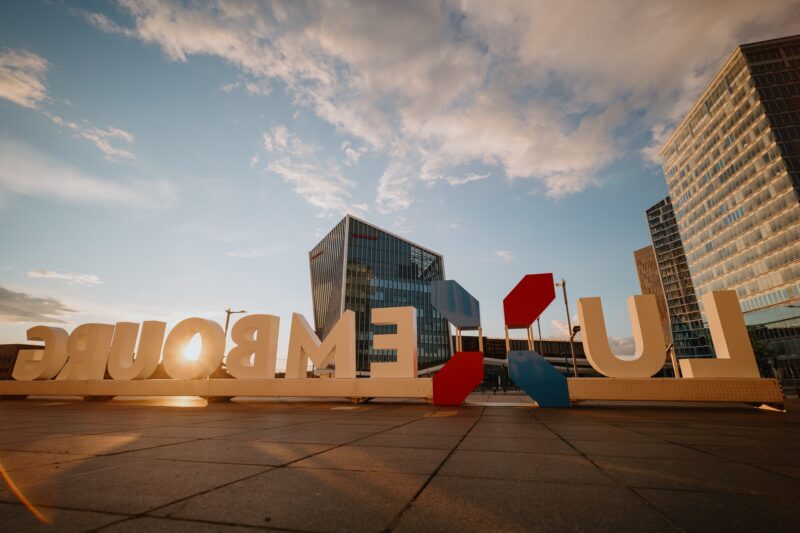 After you have explored the historical landmarks, it’s time to see the capital’s modern part.

Check out Philharmonie Luxembourg — one of Europe’s most renowned concert halls. With its 823 facade columns made of white steel, arranged in three or four rows, the concert hall stands out of the other buildings.

Learn about the culture and history of Luxembourg by visiting its museums. You’ll find some great museums in the city, which are also Luxembourg City’s top cultural attractions.

The National Museum of History and Art displays artworks and artefacts from all epochs of Luxembourg history.

Musée Dräi Eechelen houses an exhibition that traces Luxembourg’s history from 1443 to 1903. The museum is set in the fully restored Fort Thüngen, which is a very popular landmark in Luxembourg City.

Housed in a modern building, the Grand Duke Jean Museum of Modern Art is another great museum we recommend you to visit.

Explore the central business district of Luxembourg — Kirchberg. It’s also home to European Union institutions in Luxembourg. By the way, Luxembourg City is one of the four official capitals of the European Union. 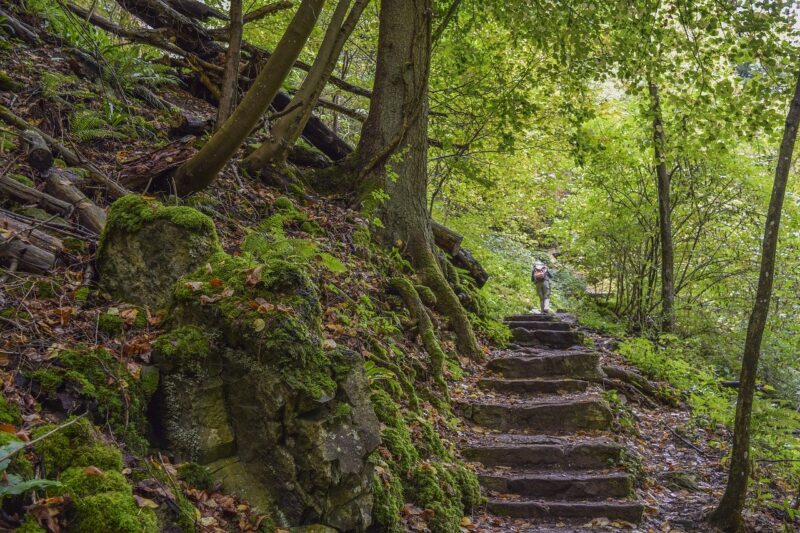 The Mullerthal Region is a region in the east of Luxembourg.

Due to some geographical similarities to Switzerland, it is often referred as Luxembourg’s Little Switzerland.

Unlike the “real” Switzerland, the Mullerthal Region doesn’t have mountains. It’s so low-lying, it’s the highest peak is only 414 m above sea level.

It got the name “Little Switzerland” because of the craggy terrain, thick forests, sandstone rock formations, caves and numerous shimmering small streams.

Mullerthal Region is by far the most popular hiking destination in Luxembourg. The most famous hiking trail — the Mullerthal Trail — is located in the region.

The trail consists of several routes, each with its own unique characteristics. The total length of the trail is over 112 km.

Route 2 (38 km) passes the rock formations of Berdorf and leads to the impressive crevice called Kuelscheier.

Route 3 (38 km) passes Kalktuffquelle Travertine source and Schiessentümpel falls, which are among the best places to visit in Luxembourg.

There are also four shorter routes – the ExtraTours. 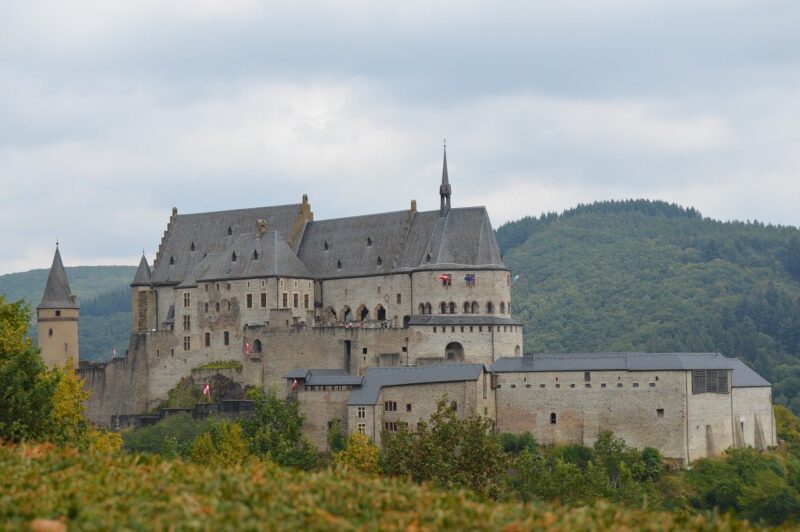 Being one of the most important historic sites in the country, Vianden Castle is one of the best places to visit in Luxembourg.

Vianden Castle is one of the largest fortified castles west of the Rhine.

Dating back the 10th century, the castle is an impressive example of medieval architecture.

The castle was built in the Romanesque style. Gothic transformations were added at the end of the middle of the 13th century. A Renaissance mansion was added in the 17th century.

The castle is fully restored and is open to visitors. 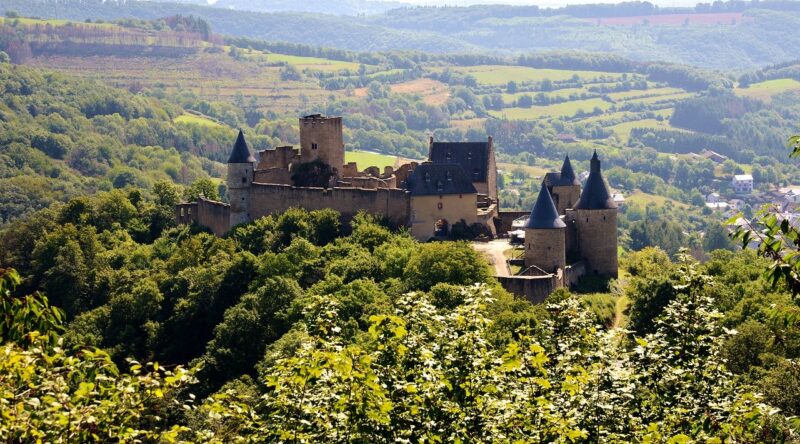 Bourscheid Castle is another castle with an impressive ancient history.

It is believed that the castle was built around the year 1000 on earlier foundations. The castle was extended several times during the 14th, 15th and 16th century.

The castle is open to visitors and offers a small museum dedicated to the history of the castle. 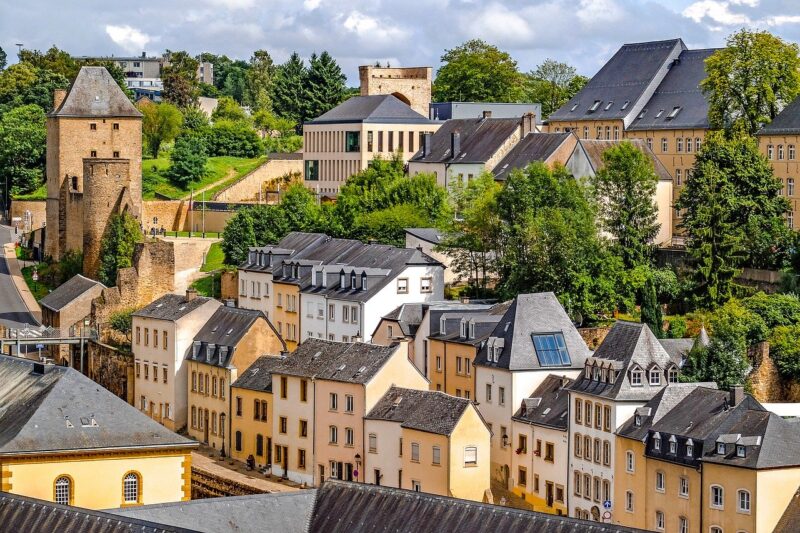 Larochette is a sleepy market town in central Luxembourg.

Lying in a narrow valley and surrounded by forests, Larochette is a picturesque town loved by foreign tourists and locals alike.

The town is dominated by the partly ruined Larochette Castle which is built on a rocky outcrop and dates back to the 11th century.

If you are visiting Larochette, do not miss Meysembourg Castle! It is located some 4 kilometres south-west of Larochette and has a history dating back to the 12th century.

Today’s castle was built in 1880 and is privately owned. Unfortunately, it is not open to the public. But you can admire it from the outside. There’s a walking trail (L2) from Larochette which passes the castle. 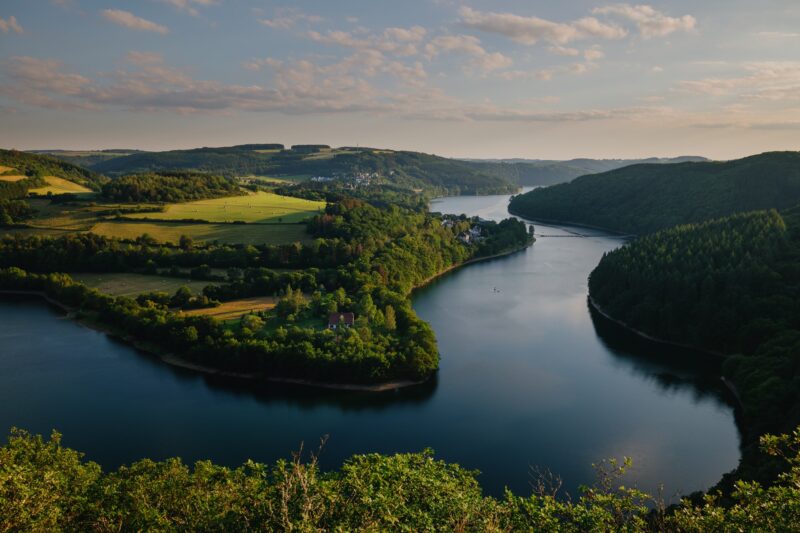 Located in the northwest of Luxembourg, Upper Sûre Natural Park (Naturpark Öewersauer) is an area of conservation and a protected area for wild birds.

The park’s landscape is dominated by the artificial Upper Sûre Lake. With an area of 380 ha, it is Luxembourg’s largest drinking water reservoir.

There’s a number of trails in Upper Sûre Natural Park, which make it a popular spot for day-trippers. 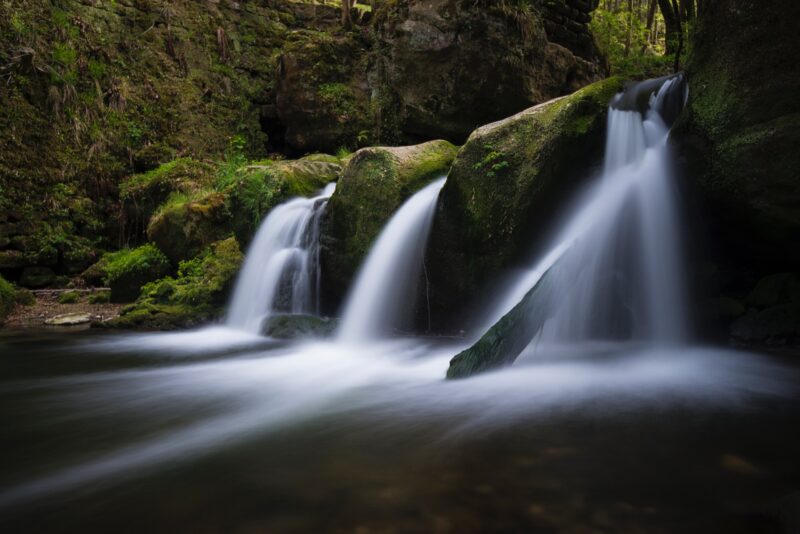 The post 7 best places to visit in LUXEMBOURG appeared first on TravelFree.