7 best places to visit in TUNISIA

Curious about the best places to visit in Tunisia?

When you hear the magic word “Mediterranean”, you probably envision an idyllic scene of people sunbathing on the beaches of the Greek islands, or the dreamy coastal towns of Spain and France.

But what if I told you that Tunisia, a North African country, is one of the Mediterranean countries, too? Surprise!

Yeah, while it is not as dreamy as the Greek islands and not as luxurious as France, it definitely has its own charm.

From ancient Medinas to serene sunlit beaches, Tunisia has a lot to offer to its visitors.

But where to start? What are the best places to visit in Tunisia?

To help you with the task of planning your trip to Tunisia, we’ve created this list of some of the best places to see in Tunisia.

7 best places to visit in Tunisia 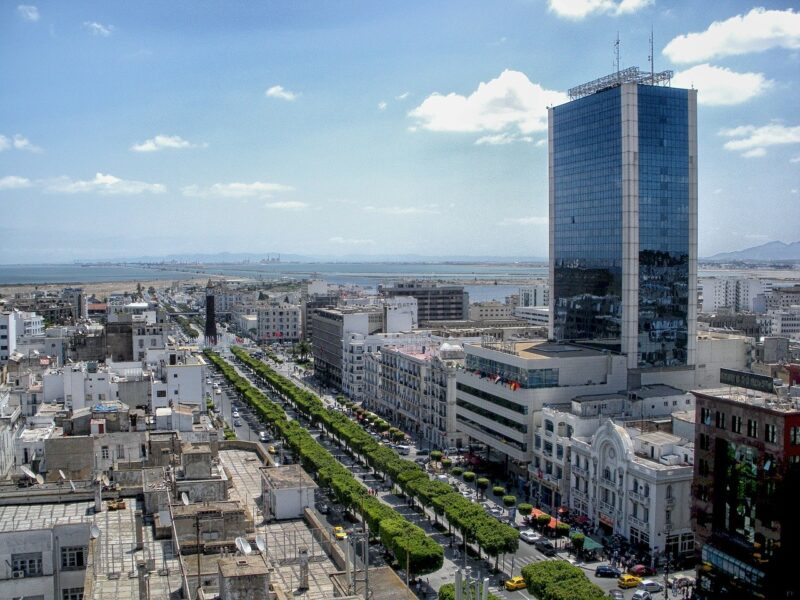 Tunis is the capital and largest city of Tunisia.

The city is known for its monument rich medina and modern boulevards, as well as the Bardo National Museum which houses an exceptional collection of Roman mosaics.

Explore the marvellous Medina, the historic heart of Tunis. It is considered one of the best-preserved Arab-Muslim towns in the world and is a UNESCO World Heritage Site.

Visit Olive Tree Mosque and admire its beautiful mosaics. It is the oldest in Tunisia and is home to host one of the first and greatest universities in the history of Islam.

Wander down the narrow lanes of the old souks which are an important part of the Arabic culture.

When you have seen Medina, head to Ville Nouvelle (New Town). You’ll be surprised at the stark contrast between these two places. Developed during the French colonial era, it is a wonderful European-style neighbourhood.

Located about 20 km from Tunis, Sidi Bou Said is a great place for relaxation, after spending time in busy Tunis. As cars are not allowed in the town centre, wandering amid the quiet back streets is something to look forward to during your Tunisia vacation.

With buildings similar to the ones on the Greek islands, it will give you a true Mediterranean feel.

Why else is Sidi Bou Said so popular among holidaymakers? It’s really close to Carthage, which is known for its ancient archaeological sites.

Explore its ancient baths, gates, theatres, villas and other ruins, many of which offer sweeping views of the Gulf of Tunis. 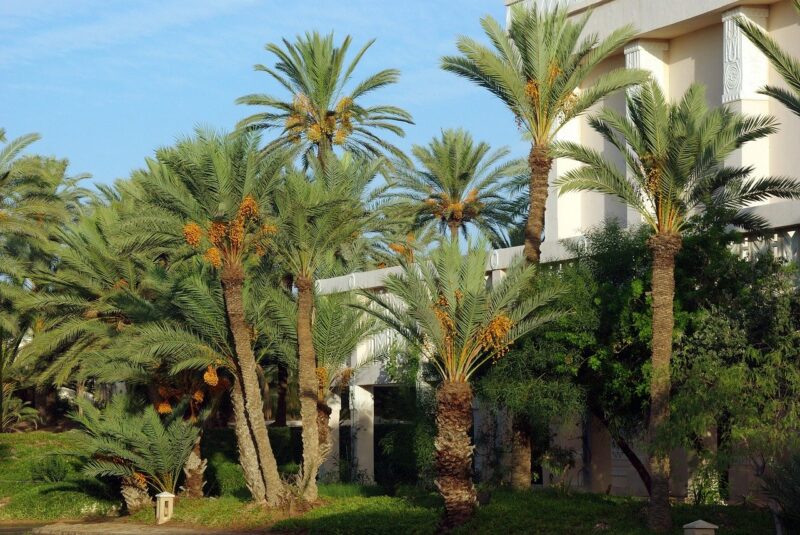 Djerba, an island off the coast, is known for its sandy beaches.

Thanks to its Mediterranean beaches and perfect climate, Djerba has always been a popular tourist destination for sun-seekers.

In fact, some of the best beaches of Tunisia are found in and around Djerba.

But the beaches are not the only reason people love Djerba. Houmt Souk, the main town of the island, is worth a visit, too.

Just like any other Arab-Muslim towns and cities in the world, Houmt Souk boasts amazing Medina. It is a dazzling maze of alleyways lined by whitewashed houses and shops selling colourful ceramics and other traditional handicrafts.

Looking over Houmt Souk’s harbour, Bordj el Kebir is an impressive 14th-century fort which boasts beautiful sea views that will take your breath away.

Tunisia used to be home to a large Jewish community. And the Jewish village of Hara Sghira Er Riadh and the ancient El Ghriba synagogue are reminders of this community, which has now disappeared. If you are interested in Jewish culture, this is the place to visit! 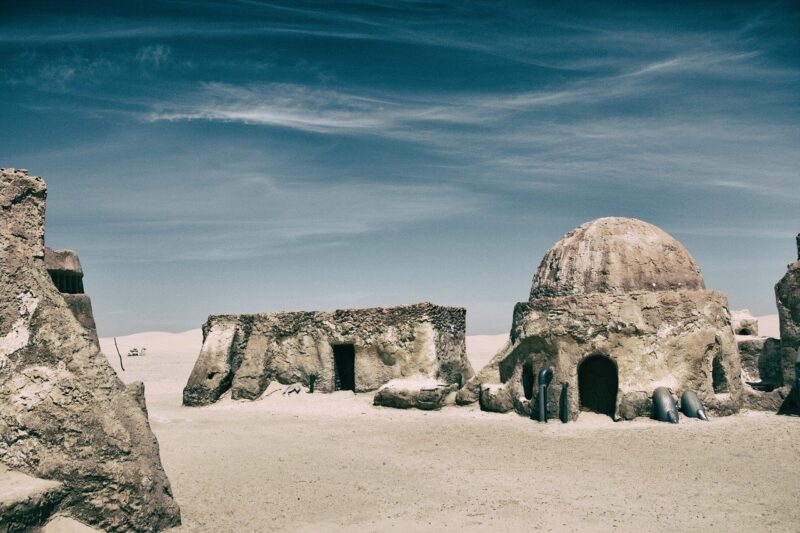 Tozeur is an oasis city with a unique Medina whose buildings are constructed of handmade ochre bricks. Tozeur is rich in history and dates back to the Roman Empire.

Visiting Tozeur serene and beautiful date palm oasis is one of the best things to do in Tunisia. There are several small villages that boast beautiful views and sights. In Tamerza you’ll find a canyon and a waterfall. Chebika boasts a beautiful palm grove and a waterfall with a natural pool.

Take the opportunity to visit Sahara, the largest hot desert in the world. It is located really close to Tozeur. Various different desert tours and desert safari trips are sold all around Tozeur.

Surrounded by dunes, the abandoned film set in Mos Espa is among the best places to visit in Tunisia. In 1999 a Star Wars movie was filmed in Mos Espa. Its mysterious domed buildings and desolate landscape could easily be mistaken for scenes from another planet.

Also do not miss the huge salt lake, Chott el Djerid. It is situated really close to Tozeur and definitely deserves a visit. 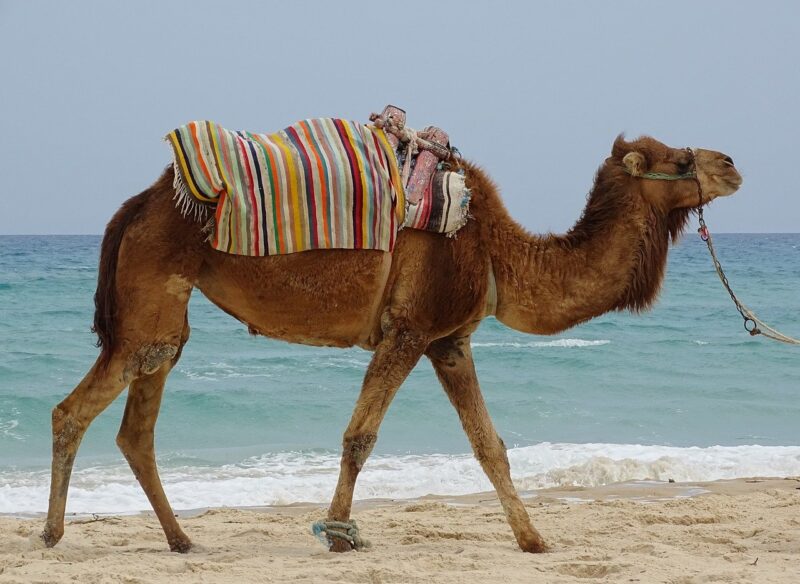 Hammamet is a coastal town in northern Tunisia, known for its Mediterranean beaches.

Located just 65 km south of Tunis, it is a popular destination for sun-seekers and water sports lovers. Once a small fishing town, Hammamet has developed into an important holiday resort over the years.

Just like many other cities and towns in Tunisia, Hammamet has its own Medina. It is an old and historic neighbourhood by the water that’s surrounded by a wall built in the 13th century. 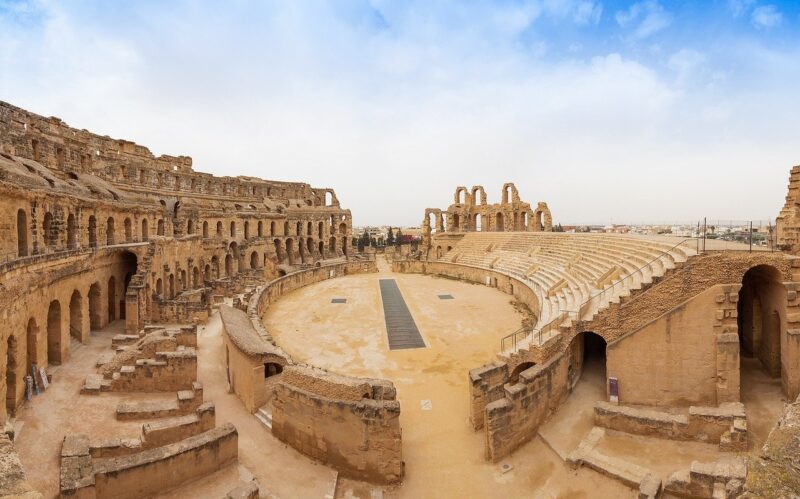 El Jem is a town not far from Monastir.

El Jem is home to some of the most impressive Roman remains in Africa, particularly the world-famous Amphitheater of El Jem.

The Amphitheater of El Jem is one of the best-preserved Roman stone ruins in the world and a UNESCO World Heritage Site. With the capacity of 35 000 spectators, it is the largest colosseum in North Africa.

Ksars in and near Tataouine 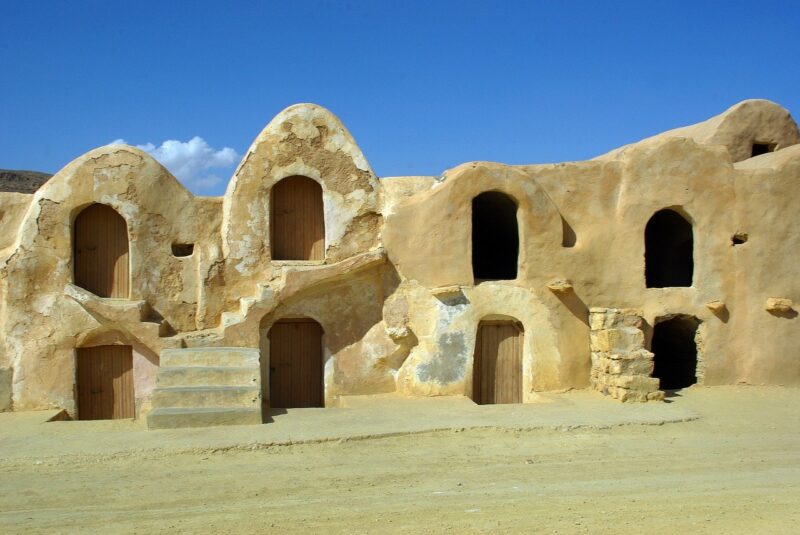 Tataouine is the capital of the Tataouine Governorate, a remote region in southern Tunisia which borders with Algeria and Libya.

This region is traditional and conservative, as well as less visited than the cities and towns on the coast.

Tataouine is known for its Berber villages with unique dwellings and fortified villages (ksars).

The most famous ksar in the area is Ksar Ouled Soltane. It is a popular tourist destination. Visitors come to see its well-preserved ghorfas – vaulted rooms which are used by Berbers for storing grain. Ksar Ouled Soltane was also featured in the film Star Wars: Episode I – The Phantom Menace.

Other notable ksars are Chenini and Ksar Hadada. These locations are also associated with the Star Wars film series. 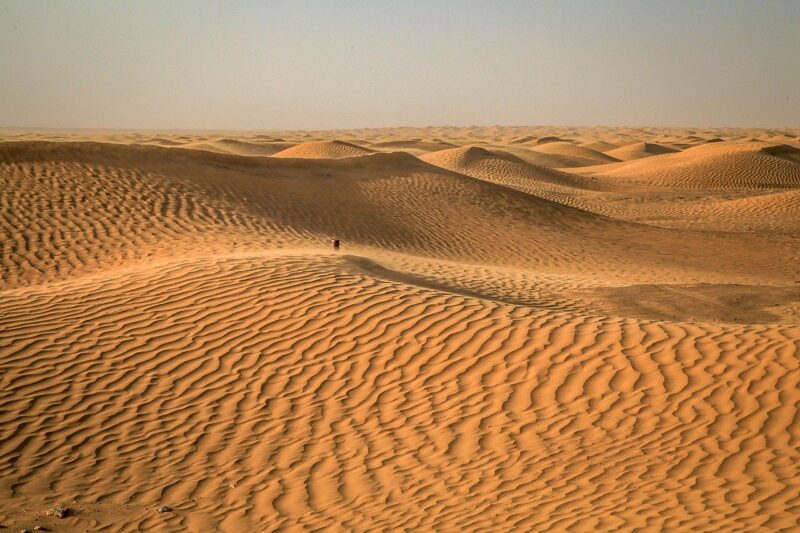 The post 7 best places to visit in TUNISIA appeared first on TravelFree.

A state-by-state guide to travel restrictions in the US

Non-stop flights from Madrid or Barcelona to Miami, Florida from €193!